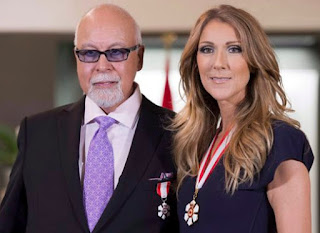 Husband and former manager to musical superstar, Celine Dion, Rene is reportedly dead. The couple who have three sons together, René-Charles, 14, and five-year-old twins Nelson and Eddy met for the very first time when she was 12 and he was 47. They reportedly only started dating when she was round 17 or 18.

According to the singer, her mum never approved of their marriage at first because of the huge age difference and the fact that he already had 3 kids from his previous marriage.

The singer revealed the last wish of her husband who battled cancer for a long time in an interview with US Weekly....