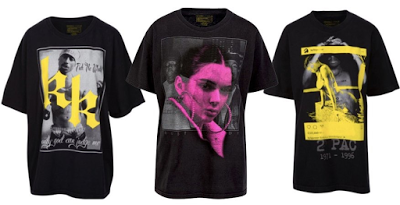 Now if you don't know the gist of what happened, lemme summarise. The Jenner sister released a new line of T shirts with the pictures of 2Pac and Notorious B.I.G without compensating or even taking permission from the estate of both late rappers.

Shortly after the they were slammed by alot of people, including Biggy's mother, for the disrespect.

They promptly apologized and took the shirts down. Now it seems an apology isn't going to cut it.....at least not for everyone as the person who took the photograph of 2pac's that was used isn't having it.

Gist has it that the photographer, Michael Miller, is threatening to sue and an apology is not going to cut it. He needs the cheque mieeennn! *lol*.

It seems now is not the right time to be a Kardashian/Jenner right now.