Stylish Bobo Alert: John Boyega is on the Cover of GQ Magazine......Talks About How Harrison Ford Ate Pepper Soup 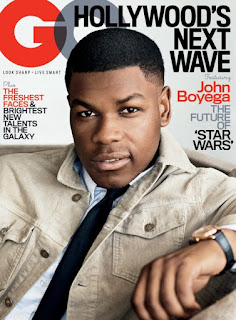 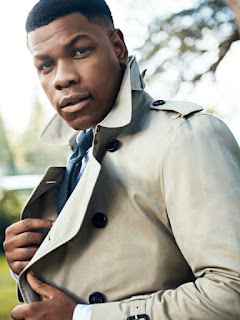 The Nigerian born, British actor is the latest star to grace the cover of GQ magazine. He is seen rocking a slew of designer pieces. From a Burberry trench coat, to a neck tie by Tommy Hilfiger, Polo shirt and Ralph Lauren pants.

He is also seen wearing pieces by Tom Ford, Simon Miller, Officine Generale among others.

In the interview, he talks about his life in London, his expectations of a partner among other things. Excerpts.....

He talked about lack of diversity in movies…..

“I ain't paying money to always see one type of person on-screen,” says Boyega. “Because you see different people from different backgrounds, different cultures, every day. Even if you're a racist, you have to live with that. We can ruffle up some feathers.”

On how he made Harrison Ford take a Nigerian dish, “Pepper Soup”…..
When Ford was in London for the Star Wars premiere, he asked Boyega “to
have a meal somewhere out of the glitzy area.” And since Ford “likes his food really spicy,” Boyega brought him to 805, a Nigerian restaurant next to Ladbrokes, an off-track-betting shop on the main drag of Peckham. Boyega ordered for the table, and they ate pepper soup and okra and beans, Ford forgoing utensils, Boyega says proudly, “like a real Nigerian.” (Ford, with something between pride and deep sarcasm: “Yeah, I'm like a real Nigerian.”)
Boyega showed Ford “a piece of my world” and told the story of his early life in the neighborhood. The older actor seemed genuinely interested. “Oh, cool, you lived in that area.” “Oh, you went to that place.”

He talked about his ideal woman and his take on marriage…..

“My mom and dad have been together for 25 years, so that's the system I will follow,”
“It's nice to survive with your companion by your side. I'm sure it's a good thing,” he says. “But I've never experienced it. And people advise you as a celebrity, ‘Make sure you get someone who doesn't care about your career.’ Mmmm…I disagree,” Boyega told Downey and Bloom. They concurred: “She has to care about it to understand it.” 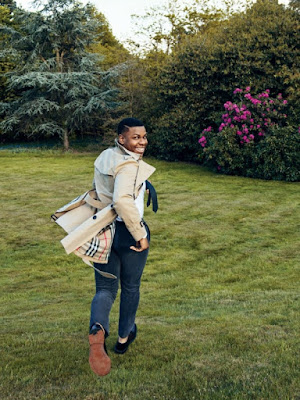 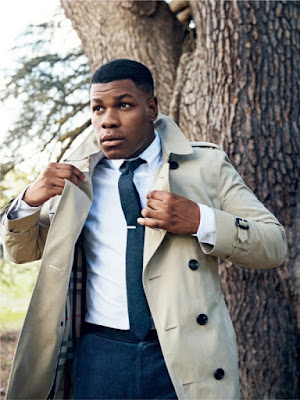 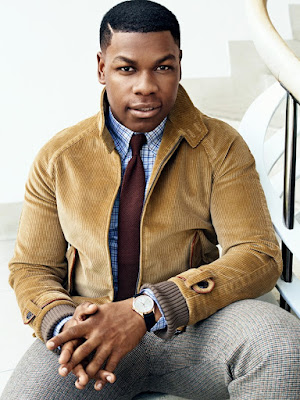 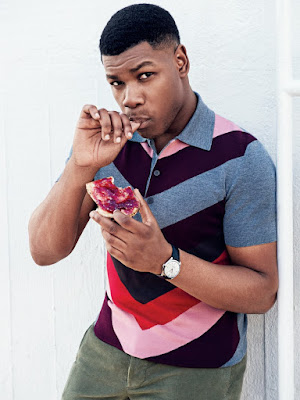 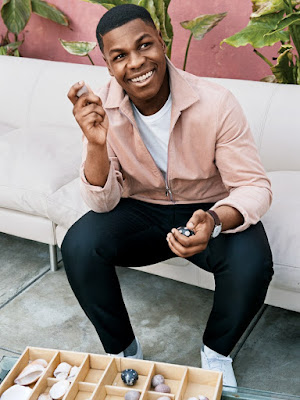