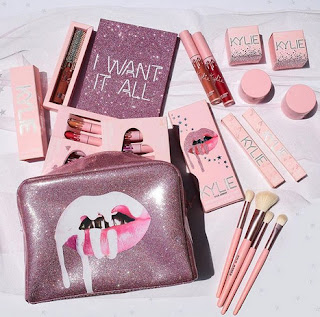 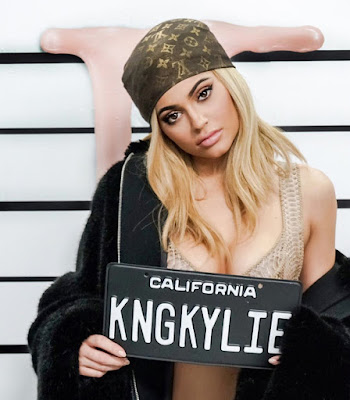 The reality star is set to make history as the youngest business mogul in the makeup industry. According to WWD, her makeup empire which is presently worth $420m is on it's way to become a billion dollar empire.They claim her brand sells faster than Tom Ford and Bobbi Brown makeup lines.
Excerpts........
Ever since 19-year-old Kylie Jenner
launched her now-signature Kylie Lip Kits on Nov. 30, 2015 — when the three shades sold out in seconds — there has been raging speculation about the size of her business, with guesstimates ranging from $50 million up to $300 million being tossed around by those in the financial, beauty and tech spaces. 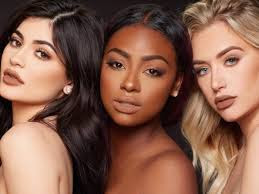 Well, here’s the bad news for more-established beauty players: Jenner’s surpassed the higher figure with ease. Kylie Cosmetics actually has done $420 million in retail sales — in just 18 months — Kris Jenner revealed to WWD last week during an interview in her office at her home in Hidden Hills in Los Angeles. It was the first time the Jenners have disclosed the scale of Kylie’s business, and they provided WWD with documentation.

The number is clearly impressive, but when compared to the sales of some other mega-beauty brands, the growth trajectory of Jenner’s business becomes even more significant.

For perspective, the Estée Lauder Cos. Inc.-owned Tom Ford Beauty was said to have reached revenues of $500 million after a decade, and the brand is considered to be one of the two fastest growing in Lauder’s portfolio, along with Jo Malone. Bobbi Brown, also part of the Lauder stable, took 25 years to reach the billion-dollar mark in 2016, with L’Oréal’s Lancôme finally hitting the milestone in 2015 after 80 years.