The singer is among the growing number of Nigerians who love fashion brand, Gucci. He was spotted wearing this Gucci shirt here and is seen rocking a yellow, hood sweat shirt.
In another picture he is seen chilling with friends, with a bag dangling from his neck. 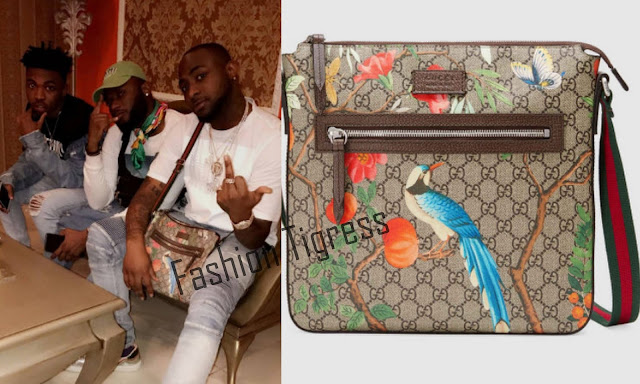