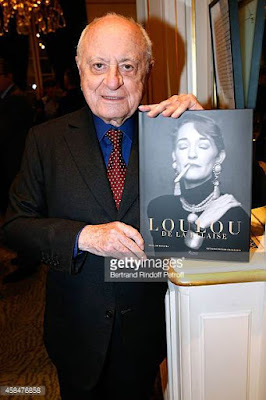 Business tycoon and co founder Yves Saint Laurent, Pierre Berge, is dead. He is said to have died this morning in his sleep at the age of 86. He died in his home at Saint-Remy-de-Provence. The business man formed the fashion house with his friend and business partner, Yves in 1961. He was  a philanthropist who donated heavily to Aids research through his foundation Pierre Bergé - Yves Saint Laurent. He was also a Strong advocate fro gay rights.

"It is with immense sadness that the Fondation Pierre Bergé - Yves Saint Laurent, Paris and the Fondation Jardin Majorelle, Marrakech announce the death of their founding president Pierre Bergé, which occurred on September 8, 2017, at 5.39 am, at home in Saint-Rémy-de-Provence. He died in his sleep at the age of 86 following a long illness."