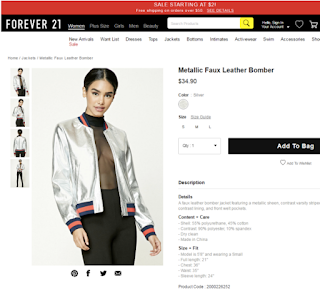 High street brand, Forever 21 has sued Italian fashion power house, Gucci over the right to use the latter’s signature stripes. The ‘stripes’ were trademarked by Gucci in the 80s.

According to reports, Gucci had sent a couple of cease and desists to Forever 21 over the latter’s use of the the blue-red-blue and green-red-green stripe combination, a design that is synonymous with the Gucci brand.. The are said to have sent the first cease and desist in December, last year.

In a shocking turn of events, Forever 21 has turned around to sue Gucci. They are asking the court to cancel Gucci’s current trademark associated with the stripes. Forever 21 is now seeking the legal rights to continue using the stripes and requesting that the court cancels Gucci’s current stripe trademarks, which they’ve held since the 80s. The company is also asking the court to deny similar pending applications.

“Gucci should not be allowed to claim that Gucci, alone, has a monopoly on all blue-red-blue and green-red-green striped clothing and accessory items.
Many clothing and accessory items adorned with decorative stripes colored blue-red-blue or green-red-green are sold by countless third parties … The colors red, blue, and green, and stripe designs, are among the most favorite, popular and widely used colors and design features on clothing…Consumers are not likely to be confused into believing the Striped Products sold in Forever 21’s stores by Forever 21 are manufactured by, sponsored by, authorized by, or otherwise associated or affiliated with Gucci.”

While it is true that other clothing lines/companies use stripes,'Gucci Stripes' are unique. Anyhoo, check out picks of their clothes side by side after the jump and be the judge. 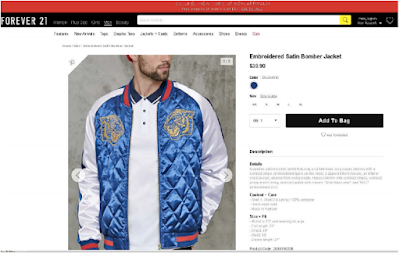 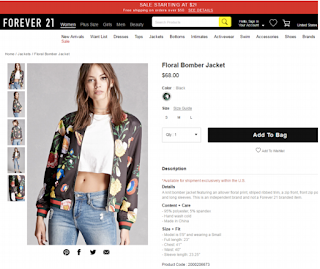 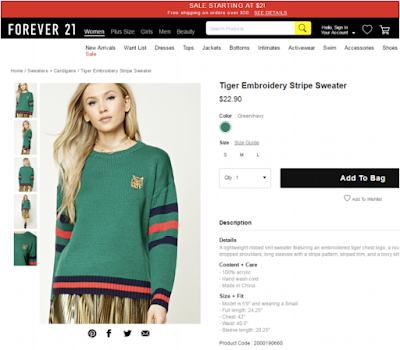 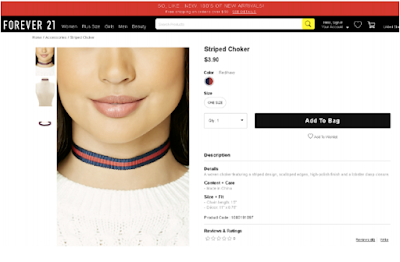