Kim Kardashian Reveals She Once Stole Lipstick From a Store Along With Nicole Richie, at 11 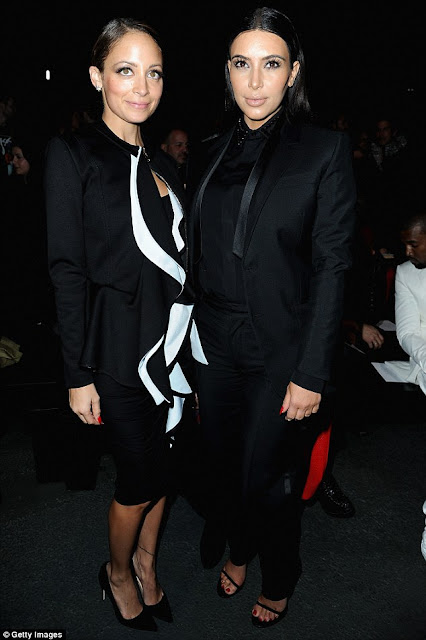 Just like most of us, (Hands up, if the first thing you straight up, legit stole, was your mum's lipstick or perfume✋✋😼) reality star, Kim Kardashian has revealed, via her website, that when she was alot younger, she used to raid her mum's makeup stash with he elder sis, Kourtney. She also revealed how she once stole lip a lipstick with her old friend, Nicole Richie.

On her mom and grand mom influencing her love for makeup.......

'I've always been really interested in beauty. It definitely began with my mom and MJ  (her maternal grandmom) - they always took such amazing care of their skin and wanted to look their best.' 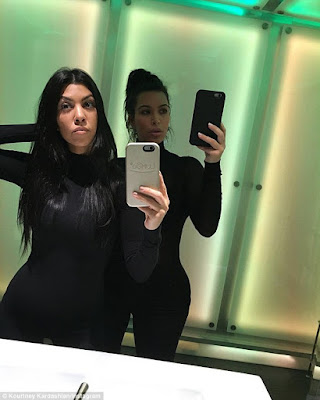 On raiding her mom's makeup stash with elder sister Kourtney.......

'My first memory with makeup was when Kourtney and I would get into all of my mom's makeup. We would try everything, but we were so obsessed with concealer and foundation for some reason. We would put it everywhere - literally, all over our faces.'
'Growing up, it was so fun to have my mom show me all of her beauty tricks and to get beauty advice from my sisters, too.' 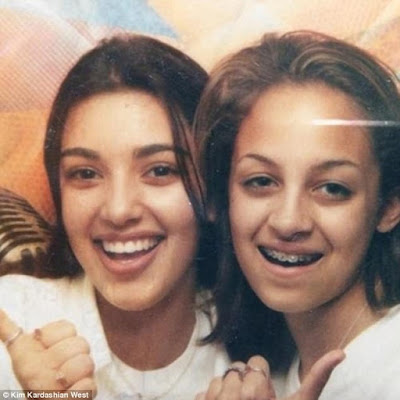 On the Time she, alongside Nicole Richie, stole a brown lipstick from a store ...


'When Nicole Richie and I were around 11, we went into a drugstore in Malibu and took lipstick. We thought we were so bada**!' 'I can't remember the name of the color, but it was a brown shade from Revlon. I wasn't much of a partier growing up, so this was about as rebellious as I got.'

She also revealed that her dad paid for her to attend her first makeup class when he noticed she was into it...........

'One year, for Christmas, my dad got Kourtney and me a makeup class with Joe Blasco,' setting the scene by explaining that 'I was around 14 at the time, so I was just learning how to do my makeup.'
Wrote Kim: 'My dad realized that Kourt and I wanted to start wearing makeup and he told us if we wanted to wear it, we should learn how to do it correctly.

I have no idea where it is now, but we made a videotape from the class and would replay it to practice applying our makeup. Looking back, that class really influenced the glam that I gravitate toward today.' 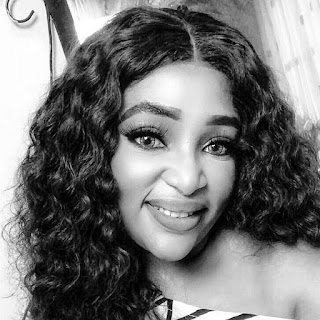 Check out this dupe of "Portrait of a Lady" Perfume (Watch)

One of the top fragrances of the year is Portrait of a Lady. However, We have been sharing some lovely Asoebi and Ankara styles on our various social media platforms here and there ; we have also shared some asoebi styles on the blog severally.  However 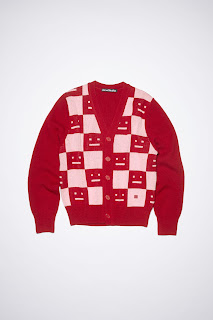