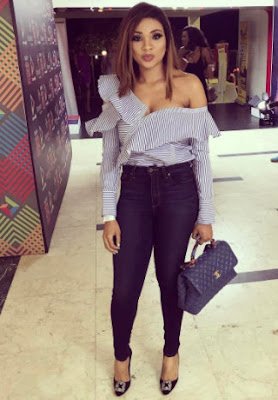 Kim Kardashian's sold out KKW contour sticks may be receiving some knocks here and there, but obviously, people would do anything to have it; even though it is being sold for over ten times the original amount of $48.

Yep!! You read right. According to Nigerian beauty entrepreneur, Nnena Okoye, Kim Kardashian's contour kits are being sold for £400 in a pharmacy in the Uk.

Nnnena revealed that when she asked why the  sharp increase in price, the staff she talked to was rude to her.

Well, I guess the fact that, despite the amount, the product is currently sold out in their store, is the reason for their shakara bluff. 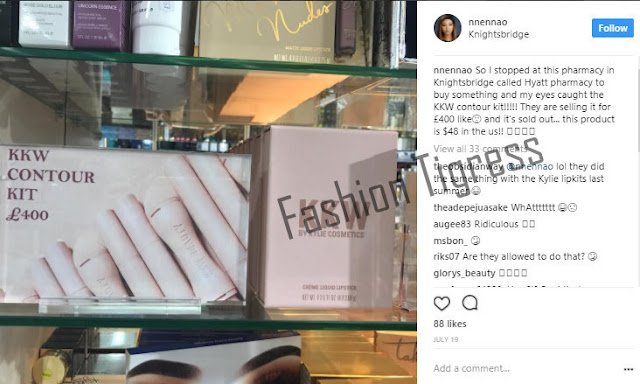 Kim K is going to make big bucks this year from her makeup products. She actually has her contour powder which will be released a few days from now in the pipeline.
Follow @FashionTigress Gist makeup