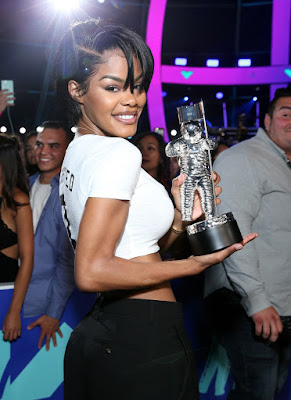 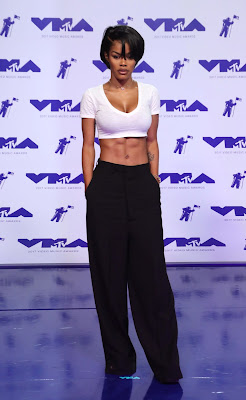 Teyna Taylor and her incredible bod paid homage to on of music's most iconic female superstars, Janet Jackson in her outfit at last night's VMAs.

She wore an identical copped white Tshirt over baggy pants. She didn't stop there....their hair style is also pretty similar; with Teeyana opting for a short bob with slight hair on her forehead while Janet Jackson styled her hair in a pixie cut with hair on her forehead also.

The similarities did not end with their outfits. They both won the "Best Choreography' category; Janet Jackson for "Scream" in 1995 while Teeyana won hers for Kanye West's "Fade" this year. 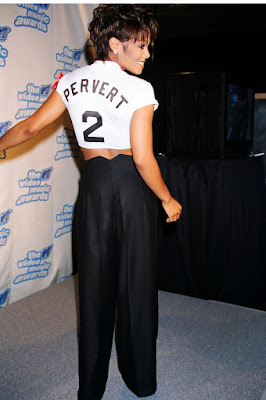 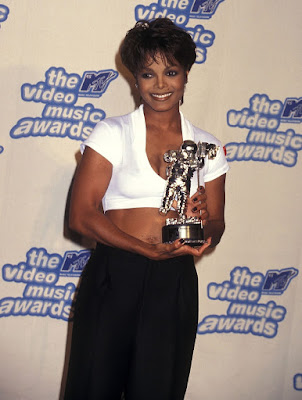