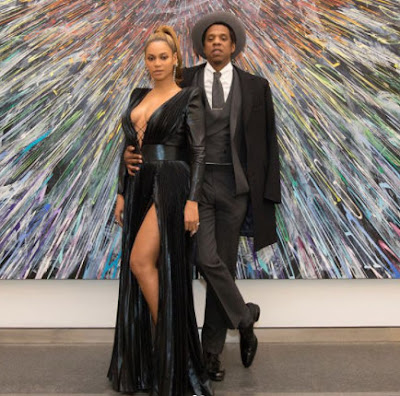 It's award season and as expected,music celebs are already flexing their stylish paws.

Power couple, Beyonce and Jay Z were spotted on various occasions looking
fly, as they made their pre Grammy party rounds, 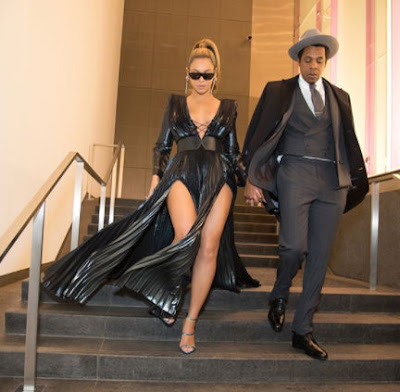 In the first look, Beyonce is seen rocking a Ralph and Russo gown. The British designers are a favourite among Nigerians who have been spotted in their creations. Silverspoon kid and new mum, Omosede Igbinedion Mantu's wedding gown was designed by the duo.


Jay Z was dapper in this Ralph Lauren creation. 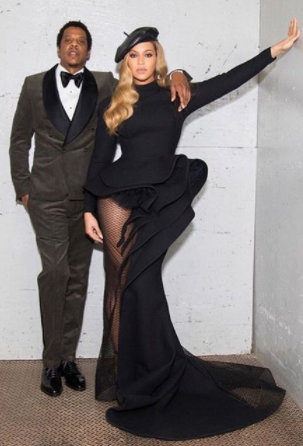 For the second look, Beyonce chose this creation by Lebanese designers , George Azzi and Assaad Osta of fashion house, Azzi and Osta.

The duo who interned with fellow, respected Lebanese designer, Elle Saab, have gone on to make a name and mark for themselves in the fashion world.


The dress which was custom made for the singer has a lace covered cutout on the lower side of the dress.

The other side had exaggerated peplums and voluminous silhouettes; something that is synonymous with them. She kept it interesting and unconventional when she topped it off with a black leather beret hat.
Follow @FashionTigress celebrities Fashion