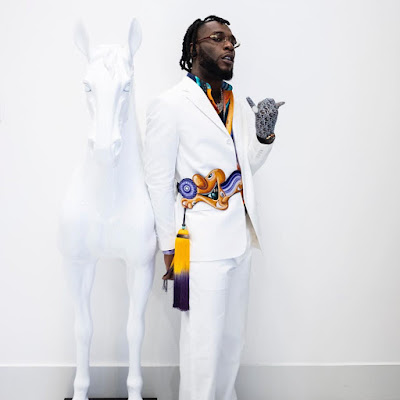 It's no news that Nigerian musician, Burna Boy is the man of the moment now in Africa. The Afro Beats musician made history as both the first Afro Beats musician to win a Grammy and also the first Nigerian to perform at the awards show.His album "Twice as Tall" won in the "Best Global Music Album" category.
His win did not go unnoticed by the Nigerian Government as Pres. Buhari, through his SSA, media and publicity, Garba Shehu, congratulated him alongside Wizkid(He won for his collaborative effort with Beyonce and Blue Ivy on the hit single "Brown Skin Girl"). 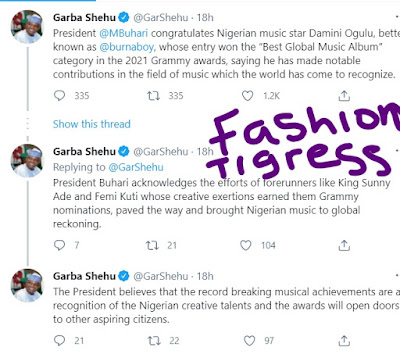 The singer however wasn't shabby during his acceptance video. He wore mostly Dior; from the white suit , that had an interesting dog embroidery on it, to the monogram Dior glove and his Dior Monogram shoes.
While I do not know the exact price of his suit, a Dior suit costs from $2,900 (about N1,104,900.00). 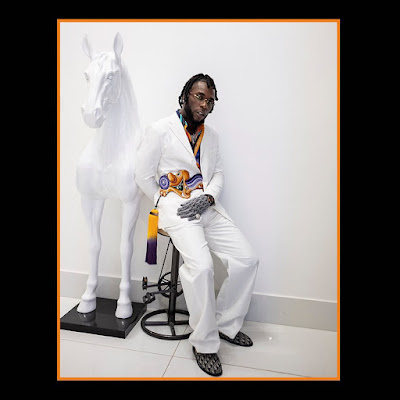